If you have a bar at home you might be wondering how to pep it up a bit with design details that can make it seem a little more authentic and fun.

One way to do this is decorate with amusing retro or novelty lamps. For instance you can get a large nickel plated lamp in the shape of a metal martini glass that has an oversized plastic olive with a deep red pimento light bulb inside that is designed by Chicago artist David Krys for about thirty bucks. You can also get Tiki figurines with lights inside of them or little rice paper lamps with Polynesian themes that have mood lights that change color inside. Lava lamps in neon colors are also a great retro color that can add a lot of atmosphere to a place.

Another way of making your home bar or wreckroom more lounge-like in flair is to add a jukebox. You can splurge on the real thing or you might opt to buy a mini CD jukebox that acts like a CD player that you can place anywhere in the room.

You could also consider buying a novelty item like a clock in the shape of a Martini cocktail that has a glass stem that swings back and forth. Both Budwieser and JHack Daniels make retro neon clocks that help light up your walls so that they look like the ones at the local Hardrock Café. You can also get neon signs advertising famous places and brands. A good example is the Corona Lime Neon LED sign that features a glowing yellow Corona bottle next to a piece of glittering lime.

You also can’t go wrong with fogged mirrors that have famous brands etched in them. For instance Harley Davidson makes a mirror that looks exactly like it’s famous logo and shield.

Vintage-style metal, canvas or paper signs that feature cocktail images from the thirties, forties, fifties, sixties or seventies are also a nice touch. Look for funny ones that say things like “Time Flies When You are Having Rum.” Hanging pictures of Vargas Girls or posters of famous beers or liquors like Budweiser or Jack Daniels is also the classic thing to do when decorating in this style.

If you are lacking inspiration visit your favorite pub. Look at what is on the walls and that can also give you some inspiration.

If you love music and you have rooms or a home that is themed to different eras then are some very famous and iconic music posters that you can buy to decorate those rooms with.

For instance, if you are into a Mad Men or Fifties style of décor you might enjoy the famous image of the Rat Pack standing in front of the Sands hotel in Las Vegas, just before playing a big gig. Yet another famous image from that era features Dean Martin, Frank Sinatra and the rest of the gang playing pool. You can also get a famous poster of Sammy Davis Junior, Frank Sinatra and Dean Martin Live At Carnegie Hall.

If your era is the sixties then you might relate to hanging a poster of the Beatles crossing Abbey road. You can also get a later poster from the seventies of all five Beatles from the “Let It BE” album. Another popular Beatles poster is The Beatles Yellow Submarine cover which is very psychedelic and suits decors from the early seventies.

Posters of Elvis Presley from that era are great too. There is also a great seventies style of iconic image that features Elvis in his white suited glory playing in Las Vaegas that is easy to find online.

If you are doing a décor that has more of a casual seventies flair then you could always decorate in the hippie style. An idea is to use the famous Jimi Hendrix poster where is done in burgundies and blues and surrounded by a halo of purple and yellow stripes. There is also the Pose poster which features the artist done in black, white and blood red.

If your décor is a bit causal and late seventies, complete with Ikea shelves and bean bags from BeanBags.com , you can get coupons for BeanBags.com on a site like CouponKid.com . Then put up posters of John Lennon in New York or John Lennon from Imagine will compliment your walls nicely. There is also a very famous John Lennon People for Peace Poster which features him singing at his white piano with a big peace sign over his head.

If Punk was a bit more your style and your décor is late seventies and early eighties neon and shabby chic then you might want to buy a retro Ramones Rocket to Russia poster which features the leather clad band in photographic greys and whites bordered with bright purple writing. You can also get versions of this poster with pink writing. Other popular images of the Ramones include the Ramones Presidential Seal Poster and the black and white Ramones Gabba Gabba Hey Poster. 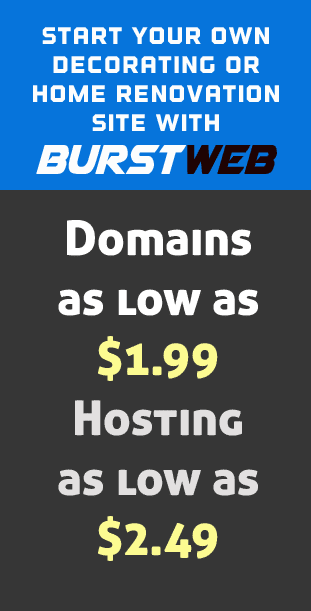